The research desk is closed for holidays 9/7-10/8, and doesn't answer telephone calls or e-mails. We plan to open for booked visits 17/8. 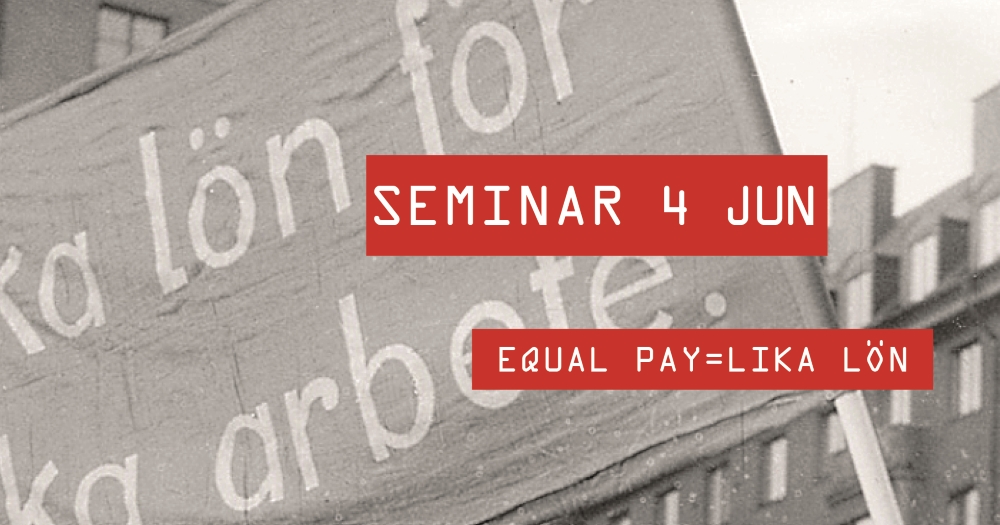 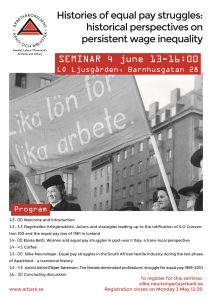 Since the UN international women’s decade (1976-1985) several agreements concerning human rights and international labour standards. Today ILO convention C100 on equal remuneration for men and women for work of equal value is one of the most successful conventions in terms of numbers of ratifications and the fact that it has changed national legislation but on a worldwide scale, women earn less than 50 per cent than men on average.

This means the idea of equal remuneration has been accepted on a theoretical basis, but implementation has not been very effective. This seminar will highlight four cases of equal pay struggles during the 20th century and illustrate some of the successful mechanisms in these struggles and discuss why wage inequality is persistent.

Ragnheiður Kristjánsdóttir (University of Iceland), Actors and strategies leading up to the ratification of ILO Convention 100 and the equal pay law of 1961 in Iceland.

To register for this seminar

Send an email to: silke.neunsinger[a]arbark.se

Registration closes on Monday 3 May 12.00

For more information contact Silke Neunsinger at silke.neunsinger[at]arbark.se  or 070-264 72 85